After many long days toiling in the wilderness of Shropshire (along with the odd BBQ and band football match), we’re very happy to be close to finishing our new album – Release The Penguins.  We’ll be mixing and mastering throughout May and June, before hopping off on tour throughout June and July, where we’ll be selling a limited pressing of 300 EP’s to anyone we catch, featuring three tracks from the album, before the full commercial release in the autumn.   It’s our first release since Trio Gitano’s Who Ate All The Tapas? in 2005, so we’re pretty excited to finally have a TGC album ready after touring so much together in the last 3-4 years.

We’ve done the majority of recording in a little converted milking shed in the village of Whitton, near to Tenbury Wells, where we managed to get through a fair amount of brandy and apple pie.

As you can imagine, after spending so much time together, we have noticed that Alex, one of our engineers/co-producers, (originally hailing from the marginally sunnier climes of Uruguay) bears an uncanny resemblance to the Milk Tray Man … 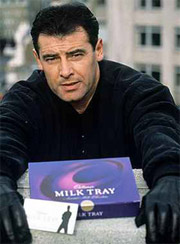 Alas this still wasn’t quite alluring enough for one of the passing neighbours, who appeared to be on the verge of calling the Police about a suspected burgulary as a fearsome looking unshaven Uruguayan in a haze of cigarette smoke peered through the wrong window at dusk.

Back to the summer gigs … The tour kicks off with a return to The Stables on June 8th, wrapping up with a jolly evening in Birmingham on July 23rd, at the home of Stan’s Cafe Theatre Company, the AE Harris Factory, and a performance at Pizza Express Jazz Club, in Soho, London, on Tuesday August 2nd.

In between we visit York, Otley, Gainsborough, Bristol, Oundle, Bridgwater, and a return to the wonderful guitar-bonkers town of Lewes in East Sussex, after such a warm welcome we had in 2004 and 2005 performing at the Lewes Guitar Festival with Trio Gitano.

Full dates, listings and ticket info can be found here.

We must also thank the lovely PRS Foundation for New Music for supporting our tour.  It’s the second time we’ve been lucky enough to be supported by the PRSF, and given the standard of new projects, commissions and artists they fund, we’re very grateful for their backing.

Throughout both June and July, our fine cajón-issimo Tom Chapman is off on his folky touring travels with the excellent Old Dance School and UFQ, so we’re very lucky to be welcoming the equally splendid Joelle Barker on tour, playing cajón and various percussive pots from strange and distant lands somewhere east of West Bromwich.

We’ll have pre-release EP’s on sale at all of our summer gigs, before the album hits whatever remaining record shops are left in the UK in September, along with all the usual online stores and digital outlets, distributed by Proper Music.

Meanwhile, back in Shropshire … 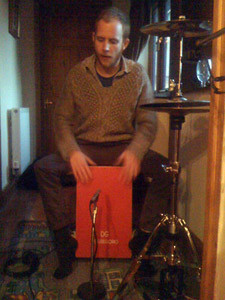 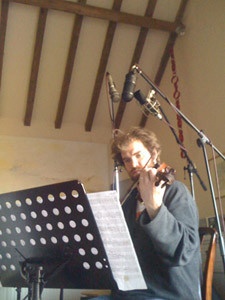 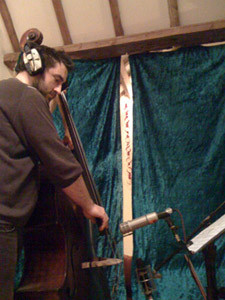 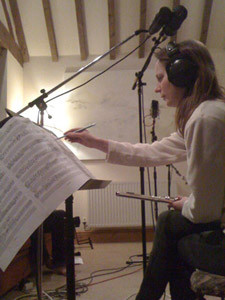 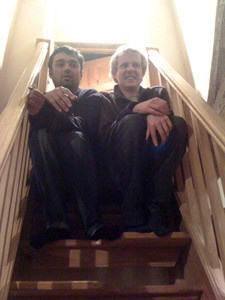 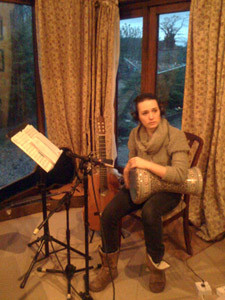 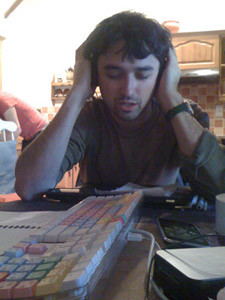 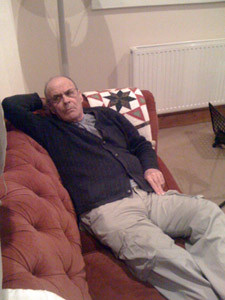