TGC Back in Birmingham!

To round off our summer tour, we’re hosting a very jolly evening back in our homelands of Birmingham, on Saturday 23rd July, at The AE Harris Factory in the Jewellery Quarter … 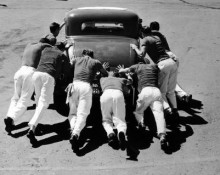